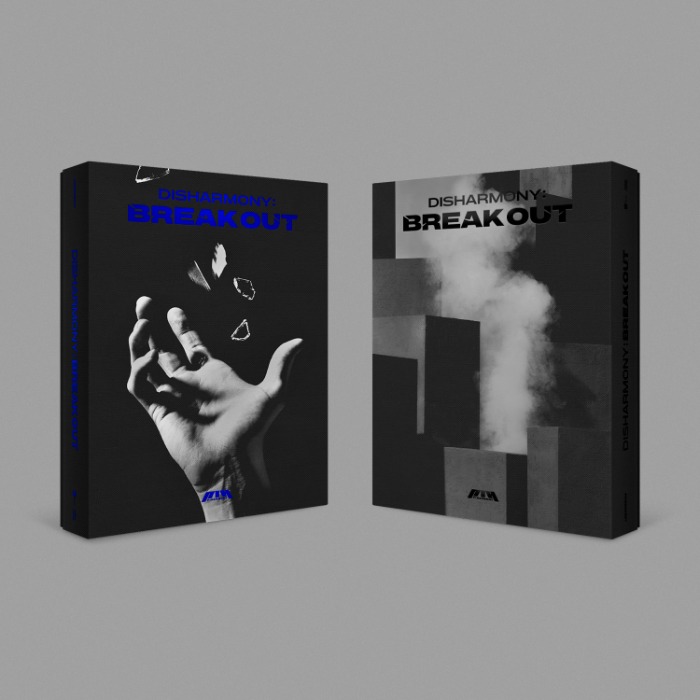 [Track List]
1.Scared
2. Reset
3. Pyramid
4. AYAYA
5. End It
6. If You Call Me
[Album Specifications]
1.Outcase: Hard Cover Box / 152mm x 203mm x 21.7mm
2. Booklet: 140mm x 190mm / 88p
3. CD : 118mm x 118mm
4. Fold poster (1 random out of 6): 280mm x 380mm
5. Standing photo card (1 random out of 6): 70mm x 105mm x 25mm
6. Logo tag: 30mm x 103.5mm
7. Selfie photo card (1 random out of 12): 55mm x 85mm
8. Poster (first draft only): 770mm x 520mm
P1Harmony 2nd Mini Album ‘DISHARMONY : BREAK OUT'
P1 Harmony's question to break the frame of incongruity,'Scared'
P1 Harmony (P1 Harmony), who appeared in the music industry with a siren who announced the problem of'DISHARMONY' last year,
In the second mini-album'DISHARMONY: BREAK OUT', we are actively working together to break through the world surrounded by disharmony with friends.
In the title song'Scared', which will be the key to confront the contradictions of incongruity, P1Harmony delivers a message of courage to those who have given up freeing from the unequal framework.
Tell your friends who are missing their true worth and potential,'Trust in yourself, don't be afraid, let's speak out'.
In particular, as a group armed with excellent skills enough to obtain the modifier'Stage Hero' at the same time as their debut, P1Harmony decorates the message of'Scared' with a powerful storytelling choreography, and global fans from various fields such as music, concept, performance, etc. It has the desired K-pop group's career.
It helps the members feel with their eyes and ears the will of the members to break through the frame of incongruity through a performance with challenging energy.
P1 Harmony is a compound word of Plus (plus), number 1, and Harmony, meaning that'team' and'one' unknown to them are added to create various harmony, meaning that children have infinite possibilities. Consisting of six members: Kho, Theo, Jiwoong, Intak, Soul, and Jong-seop, they woven their messages into music with the strong expressive power of each position, such as vocal, rap, and performance, and their unique outlook on the world.
-The size may have an error of 1~3cm depending on the measurement method.
-Product color may be slightly different from the actual color depending on the resolution of the user's monitor.
More Details