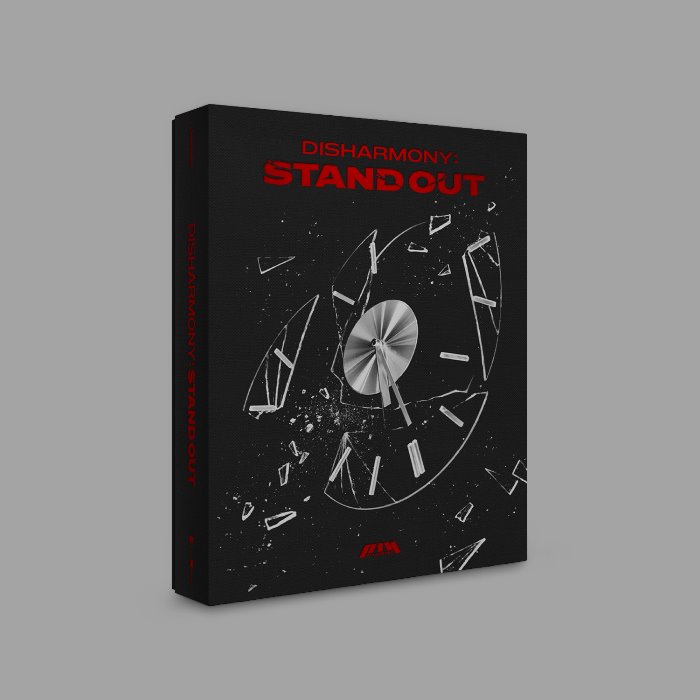 ['DISHARMONY: STAND OUT' album specification]
1.Outcase: Hard Cover Box / 152mm x 203mm x 21.7mm
2. Booklet: 140mm x 190mm / 88p
3. CD : 118mm x 118mm
4. One of six folding posters randomly: 280mm x 380mm
5. Standing photo card 1 random out of 6 types: 70mm x 105mm x 25mm
6. Logo tag: 30mm x 103.5mm
7. One of 12 selfie photo cards random: 55mm x 85mm
8. Poster (Initial limited): 770mm x 520mm
P1Harmony 1st Mini Album ‘DISHARMONY : STAND OUT’
The prelude to the worldview of P1Harmony struggling to find harmony in a twisted world
P1 Harmony is a compound word of Plus (plus), number 1, and Harmony, meaning that'Team' and the unknown'One' are added to create various harmony, meaning that children have infinite possibilities.
Consisting of six members of Kiyo, Theo, Jiwoong, Intak, Soul, and Jong-seop, the strong expressive power of each position such as vocal, rap, and performance, as well as their unique outlook on the world, woven their messages into music, creating hot expectations from before their debut. Are collecting.
Their debut album'DISHARMONY: STAND OUT' is the first album of P1Harmony's first series theme'DISHARMONY'. The worldview of P1 Harmony, where six children gather to find hope to save the world surrounded by DISHARMONY, was first revealed through the feature film ``P1H: The Beginning of a New World,'' and aroused curiosity even before the music industry's official debut.
The first album name of the theme of'DISHARMONY' is'STAND OUT', meaning'conspicuous, stand out'. P1Harmony sings about the courage to be different from others in a society surrounded by disharmony and the power to say no to the world. The album was composed of various genres, including the debut song'SIREN', which announces the emergence of a new hero.
-The size may have an error of 1~3cm depending on the measurement method.
-Product color may be slightly different from the actual color depending on the resolution of the user's monitor.
More Details