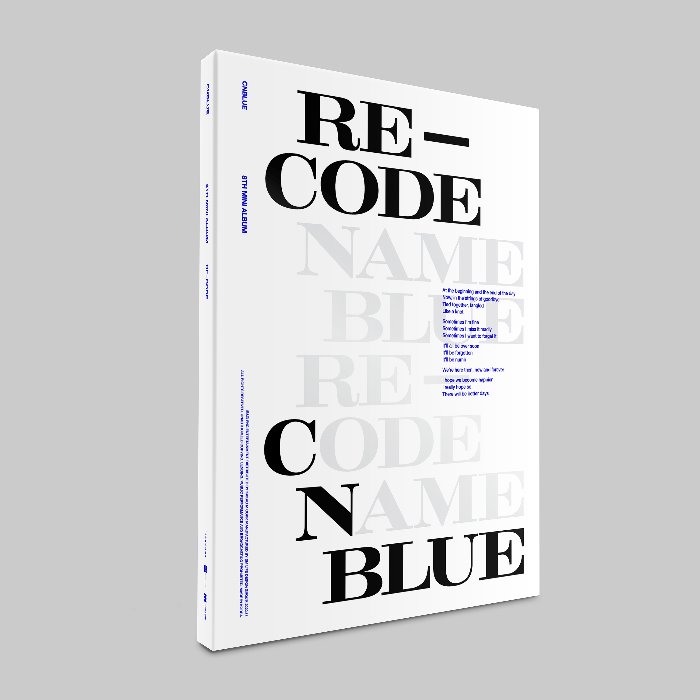 [Product information]
CNBLUE 8TH MINI ALBUM 'RE-CODE' Special ver.
[Track List]
1.Then, Now and Forever
2. Today Iman (Till Then)
3. No (In Time)
4. It got cold. (Winter Again)
5 Blue Stars
[Album Specifications]
1.Booklet: 181mm x 250mm / 88p
2. CD : 118mm x 118mm
3. Postcard 1 type: 100mm x 150mm
4. One of three bookmarks, random: 35mm x 100mm
5. Selfie photo card 2 out of 6 random: 55mm x 85mm
6. First limited poster: 770mm x 520mm
CNBLUE stands in front of the trend of change, the reason we look forward
CNBLUE's 8th mini album'RE-CODE'
In 2020, the band CNBLUE celebrated its 10th anniversary and all members entered their 30s. As many things surrounding the band have changed,
This album, which was released after 3 years and 8 months, was decided as'RE-CODE', meaning that it redefines the team name'Code Name BLUE'.
In this album, the changes in the lives of the members are striking to put down the hot and splendid fever in their twenties and to contain a warm warmth even if it is a little simple.
The title song'Then, Now and Forever' is a song that sincerely contains the complex emotions of a person who lives the daily life left behind in the empty seat of the person who left.
Like the various rock music that CNBLUE has shown so far, the completeness is enhanced with an alternative rock arrangement in a melody with a strong sensibility.
CNBLUE opens a new curtain by showing unchanging teamwork as a band, enhancing musical perfection, and adding comfort and relaxation.
This album is an album that proves the solid presence of CNBLUE, which has been accumulated over the past 10 years, and shows the future of CNBLUE in front of the trend of change.
It will be an album that can be drawn hopefully.
-The size may have an error of 1~3cm depending on the measurement method.
-Product color may be slightly different from the actual color depending on the resolution of the user's monitor.
More Details